It hasn’t rained in a month.  The exponential growth of the mosquito population is behind accordingly.  Also, it’s not at all humid.  “It’s a dry heat.”  So, it could be worse.

Still, the heat definitely doesn’t help my mood.  I’ve been pissy since yesterday morning’s Obamacare decision.  I haven’t felt so punched in the stomach by national news in quite some time.  I’m waiting until most of the acute feeling subsides before trying to post further about it, because I want to be as productive as I can.  However, I am going to put one thing out there in my current state:

Hey, folks (including some people I know should know better)?  Opposition to this horrible law does not equate to lack of concern for the needy, and you sound like a big fucking idiot every time you suggest such.

The Supreme Court mostly upheld Obamacare this morning, and that’s as deep as I’m going to get into that latticework in this post.  If you want to read the ruling or in-depth analysis, you shouldn’t have any trouble finding such.

I’m also not going to go back over the ignorance, misinformation, and stupidity that has led some significant portion of our populace to believe this is a good thing.  Others will do so effectively today, and maybe I’ll get back into that game in a day or three.

No, I am instead doing my best to bring good cheer today.  Here are a few thoughts that have perked me up a bit:

Now today is not a good day, and spinning it to the contrary is ridiculous.

Fortunately, there are 131 more of them before Election Day.

Take today off and pout, if you must.  I’m doing that.  I’m not talking about this anywhere except right here.

Tomorrow, it’s blitzkrieg.  Let this galvanize us.  Let this underscore what’s at stake.  We must repeal Obamacare, and to do that we must defeat Barack Obama.

Marshal your strength.  Open your checkbook.  Make the case. 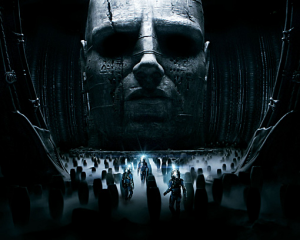 Caught Prometheus with Dad last night.  Given Ridley Scott at the helm and the subject matter, it was one of my most anticipated films in a long time.

The first solid chatter about Prometheus indicated it was an Alien prequel.  Then, “they” retreated to calling it “set in the same universe.”  Well, I’m not sure what distinction they’re making, and I won’t spoil anything here, but I think it’s thoroughly reasonable to call it an Alien prequel.  (And I’m glad, because I’m delighted to have another rich narrative vein to mine for future films.  Anything else of any potential quality was going to have to ignore Alien³ and Alien Resurrection.)

Speaking of, a bit of charity is necessary with the timeline.  The events of Alien are set in 2122, which sounded very far in the future in 1979 (when the film was released).  The events of Prometheus must reasonably predate the events of Alien, so Prometheus is set in 2093.  But that’s only 81 years from now.  Surely we are more than a single lifetime away from faster-than-light travel.

In any case, some suitably long time from now, archaeologists discover a recurring pattern of celestial bodies in the writings and paintings of civilizations known to have never contacted one another.  Decoding the pattern as a star map, they become part of a voyage aboard the trillion-dollar USCSS Prometheus to travel to the indicated location.  (The Weyland Corporation—no Yutani yet—is funding the trip, so “the company” provides its requisite story angles.)

I carefully stayed away from any potential spoilers before I saw the film, and in the interest of not providing any now, I’m not going to say very much more about the plot.  They find some answers, all of which beg more questions, and let’s call the pump very well-primed for a sequel.

The cast, featuring Noomi Rapace and Charlize Theron, is solid, complementing the other production components seamlessly.  The standout actor is Michael Fassbender as David, the crew’s android.  Ironically—or perhaps intentionally—he is responsible for the widest range of emotion, and delivers convincingly.

I loved the near-obsessive care taken with all of the fixtures of the world.  The ship itself is one of the greatest starring vessels in recent years—its landing was one of my favorite scenes in the whole film—and its trappings are meticulously rendered.  From multi-function displays to surface detail on ground vehicles to medical equipment, there was clearly a lot of design oil burned.  (Catch the Weyland logo on David’s fingertip?)  When the world is this believable, it makes the whole thing pop.  Very well done, folks.

The single greatest success of Prometheus is that its exposition hits a satisfying golden mean.  Too many science fiction films mistake the oblique for the profound, and assault the viewer with an incomprehensible mess.  Others yank too far the other way, explaining every last detail.  Prometheus leaves you with something rare:  genuine, non-resented pondering.

Great work, and do catch it in the theater.  Sound and visuals make it worth it. 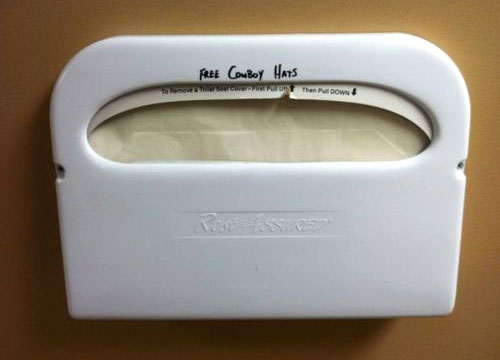