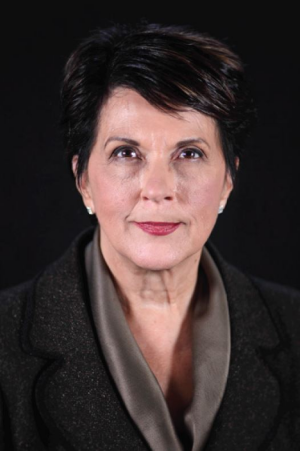 The North Alabama Human Trafficking Task Force is proud to host human trafficking warrior Linda Smith, the president and founder of Shared Hope International. She will be speaking at the Wesley Room at Trinity United Methodist Church in Huntsville on Saturday, January 25 at 9 am. The Facebook event is here.

Linda is widely regarded as an expert and field general in the war against human trafficking. She was sparked to start Shared Hope International when, while serving as a member of Congress in 1998, she visited a notorious brothel district in India and looked into the faces of the victims. She has written several books, addressed numerous international forums, and works tirelessly as an advocate for human trafficking victims, both with legal advocacy and with training and support for local awareness groups.

To say that we are delighted to have her is an understatement.

We will also have Department of Homeland Security special agent Robert Fisher to address the financial aspects of human trafficking. This is a $150 billion industry—the second-largest criminal enterprise in the world and the fastest-growing. DHS counterattacks aggressively, and as a result has unparalleled visibility into this side of this world.

There is no charge to attend this event. If you have been looking for a way to plug into this cause, this event would be an excellent place for you to get your feet wet, see an internationally-prominent human trafficking warrior, and meet some people who are fighting on the ground in your community.

We hope to see you there.

You don’t have to spend very much time on BoWilliams.com to determine that I’m no fan of President Trump. I didn’t vote for him in 2016. I’m not voting for him this year. He is a jackass. He’s the biggest boob to ever sit in the office.

However, I have also pointed out from time to time that I have not considered his administration a complete disaster. And I think Trump has, for the most part, had consistent clarity on the Middle East.

I am angry. Whatever else is true of President Trump, I am confident from his words and actions that the United States is again at war with radical Islamists who lust for American blood. We must continue working to make the punishment for spilling it in the name of Allah so severe that no one would dare it. – Bo Williams, September 11, 2017

Just as one example, shall we compare the size of ISIS-held and controlled land on January 20, 2017 and today?

Which brings us to the Trump-ordered UAS attack on and resulting death of top Iranian general Qassem Soleimani. He was the commander of the Quds Force, which is primarily responsible for extraterritorial military and clandestine operations.

Sounds like the sort of fella who needs killin’ to me.

Or did you forget that Iran is a brutal, bloodthirsty regime that has been openly hostile to the United States and her interests for the past 40 years? That Americans have died in the name of this hostility?

Trump has presented this strike as a response to attacks that have already occurred, but also as a prophylactic measure against future attacks. Furthermore (and this is a concatenation of three tweets):

Iran is talking very boldly about targeting certain USA assets as revenge for our ridding the world of their terrorist leader who had just killed an American, & badly wounded many others, not to mention all of the people he had killed over his lifetime, including recently hundreds of Iranian protesters. He was already attacking our Embassy, and preparing for additional hits in other locations. Iran has been nothing but problems for many years. Let this serve as a WARNING that if Iran strikes any Americans, or American assets, we have targeted 52 Iranian sites (representing the 52 American hostages taken by Iran many years ago), some at a very high level & important to Iran &  the Iranian culture, and those targets, and Iran itself, WILL BE HIT VERY FAST AND VERY HARD. The USA wants no more threats! – Donald Trump, January 4, 2020

Sounds fine to me. Also seems like a good time for a favorite quote from a grumpy old Brit:

We’re pussies about enemy nations, embarking on decades-long, trillion-dollar campaigns to make them love us, instead of quick ten-million-dollar lessons in why they should fear us. Why? Because we seek love and approval, like the furrowed-brow, teary-eyed, compassionate pansies we are. – John Derbyshire

There is a time for nuance in foreign policy. There is no place for it in controlling radical Islam. Whatever Trump’s other failures, I remain confident he understands that.

I hope today finds you blessed and at peace.

I probably won’t live to see any truly impressive smart road infrastructure. I hope I make it another 30-35 years, and that’s just not long enough for automated driving to become mainstream. I think my kids will see it, though. I think they’ll see what’s possible with control stations, switches, monitors, and smart cars sharing […]

Citing an agreement that committed it through 2018, Chick-fil-A announced Monday it would not give to the Fellowship of Christian Athletes and the Salvation Army going forward. Beginning in 2020, Chick-fil-A will give to a smaller number of organizations focusing on education, homelessness, and hunger. Additionally: …the Foundation will no longer make multiyear commitments and […]