In my most of 43 years, the 2013 Iron Bowl was, in more than one way, one of the more bizarre football games I’ve ever witnessed. I’ll say that and believe it.

Alabama has had a fine year. It’s the sixth 10+-win season in a row. That’s awesome. But clearly, it’s not a championship team. That’s fine. You’ll have that.

Congratulations to Auburn. Best for all that lies ahead. We’ll see you November 29, 2014.

From seemingly out of nowhere this year, and with great fervor, many people are decrying the practices of merchants opening on Thanksgiving and customers shopping them.

For the most part, I understand their sentiments. They’re concerned about valuing consumerism over family, and losing the cultural significance of a uniquely American holiday that is all about counting our blessings.

For Thanksgiving, I generally eat a great meal, have a glass or two of bourbon, and relax with family. I also find a few minutes to consider at some length how ridiculously blessed I am, and thank God for that.

Nothing you did at Best Buy today had anything to do with that. I have to empower you to interfere with my Thanksgiving, and I don’t. So you can’t. (Gee, is there a gay marriage parallel in there too? But that’s another post.) I run Bo Williams. You run yourself. How would that be?

We need to remember that in a lot of ways, the most American value is minding your own business.

Give thanks to the Lord, for He is good; His love endures forever. – Psalm 107:1

Warm wishes to you and your loved ones this Thanksgiving Day. 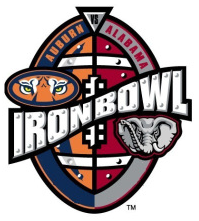 It’s Iron Bowl week, and it’s a big one.

This is the first time both Alabama and Auburn have been ranked in the top five since 1971. This is the first time it’s been a play-in to the SEC Championship Game. (We’re about to play the 22nd SEC title game, and it’s pretty amazing to me that that’s never happened before, though I suppose it would have been the case in 1993 had Auburn not been on probation.)

Lots of people are expecting an excellent football game.

I am not among them.

Auburn has considerably exceeded expectations this year. The most wildly optimistic preseason predictions I can remember had Auburn at 8-5 or 9-4, with I think the much more common assertion being “if they get back to a bowl game, they had a good year.” That they are 10-1 and ranked in the top five headed into the Iron Bowl absolutely puts Gus Malzahn on the short list for coach of the year.

But Alabama will not be a polite house guest at Jordan-Hare, and the outcome of Saturday’s game will never be in doubt.

For one thing, Auburn doesn’t play much defense. As I type, it is 45th-best in the nation against the run, and 94th against the pass. Alabama is easily the most complete offense they have faced, and I expect the Tide to have little trouble scoring. Auburn and Alabama have had six common opponents. The average scores of these six games:

For another, Auburn hasn’t seen a defense of Alabama’s caliber. This is not 2011, 1992, or 1961, but it’s still a stout unit. Alabama is 4th in the nation against the run, and 6th against the pass. The Tide defense has allowed just slightly more than 91 rushing yards per game. Auburn has run very well, but it’s not seen a front like Alabama’s, and when Mr. Marshall or Mr. Johnson are forced into a passing game, I expect them to connect more than once with the likes of Mr. Clinton-Dix and Mr. Collins.

Now, though Auburn will not win this game, I do expect them to punch above their weight for a quarter or so. Emotion means adrenaline, and both will course copiously. Auburn’s been outscored 91-14 in the past two Iron Bowls, and that smarts. They’ve got some ability to hit back now, and they will. Auburn may go up 7-0 in the first quarter. Auburn may go up 10-0.

Then the vise tightens. Kirby Smart adjusts. Alabama continues to play its game, undeterred. Its three-headed monsters in the backfield and outside begin to assert themselves. Auburn feels the steady crush of Alabama’s superior depth on defense.

Folks, Coach Saban has had two weeks to plan for this game. Are you familiar with his work when he has time like that?

Do you really think A.J. McCarron, C.J. Mosley, and the rest of the seniors are going to drop their last Iron Bowl?

Auburn, welcome back to the party. I think that if you support Coach Malzahn properly, he may nab the odd Iron Bowl victory for you once in a while. 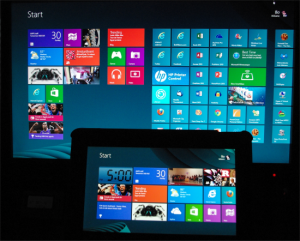 I have Windows 8.1 on my desktop, this laptop, and my tablet. Mostly, it’s awesome.

The only problem I have with it is that in my experience, the average quality of apps available in the Marketplace is too low.

There are top-notch latest-gen Windows apps. I think Bing News and Bing Sports, both delivered with the OS, are awesome. I spent a week trying to talk myself out of them before I surrendered to them. I think Halo: Spartan Assault is an outstanding job. I like the way Microsoft has brought Solitaire into the new paradigm.

But when Microsoft isn’t the developer, it gets way tougher to hit a gem.  For example, I’d like to have something on my tablet like the Chessmaster 5500 experience I had on my desktop 10 years ago. I want a chess program good enough to whip me, but that also includes a decent opening book, tutorials, and so forth. I want it to be aurally and visually pleasant. Seems like I ought to be able to carry $10-20 into the Windows Marketplace and get that, doesn’t it?

But I can’t. It’s not there to buy. I found a program that gives me a decent game and looks nice enough, but it’s not the immersive experience I want and am willing to pay for.

Microsoft, you’re not sufficiently incentivizing first-class development on your new system. I enjoy the experience you provide. I just don’t get the sustained impression that anyone but you and I are vested in it.

If you’re serious about this war, you need to figure that out pretty quickly.