Today, my BoWilliams.com visitors, for whom I hold significant adoration, I shall bang out a post from start to finish whilst totally avoiding our most common linguistic symbol.

(Not really, but I did manage an entire, meaningful sentence. Wow, writing without the letter E is pretty hard.)

Not sure what I’ve got for you today, dudes and dolls. My friend Cameron and I were texting so I asked her what to write about, and she laid a lot of good ideas on me, but all pretty heavy. I’ll suss out some things for next week from her input.

So, I’m all the way to the fourth paragraph without saying really anything at all! Are you impressed? I should write political speeches. I actually had a killer idea at lunch yesterday for a post I think would be screamingly funny, but I wouldn’t want my real name on it. Might need to give that some thought. I mean, it’s irreverent and potentially offensive, not just immature. If it were only about boogers and Pop Rocks or something, I’d put it here. Some days it’s a low bar, as longtime readers shall readily attest.

With that I’ll say I’ve stolen enough of your day, dear hearts. Have a marvelous weekend, and as always, thank you for reading BoWilliams.com.

I was less intellectually and spiritually sure of myself in college than at any other time in my life. That’s just how it should be. Higher education is about many things, but it must be about questioning everything we think we know.

It should be more difficult to be fat and happy with your beliefs at a university than at just about any other place in the world.

And that is why the proliferation of “safe zones,” the prattling about “microaggression,” and the massive growth of speech codes is one gigantic travesty.

Look, we’re all adults here. Let’s seriously consider the notion that if it takes longer than ten seconds to explain why using this term or that is offensive, then there’s a really good chance the offense is manufactured. Political correctness is obnoxious everywhere, but it’s hugely toxic on college campuses.

For example, I learned today—hat tip, Katherine Timpf—that the word “American” is offensive. Do go spend some time with the University of New Hampshire’s Bias-Free Language Guide.

You see, “American” excludes South America, as well as Canada and Mexico. (Never mind that there is not another country whose official name ends with “America” besides the United States of America. “United Statesian” just rolls right off the tongue, doesn’t it?)

“Senior citizen” is offensive, too. Use “old person.” (Really?)

I’m sick of this crap. You know if someone’s offending or not without reading some stupid “language guide.” Grow up. 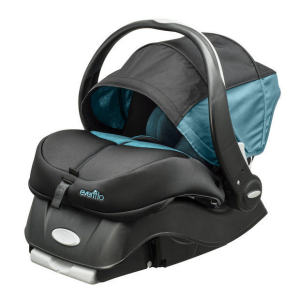 Meet the Evenflo Embrace DLX Infant Car Seat with SensorSafe. It’s a car seat that sounds an alarm when the ignition is switched off.

Because apparently a child is roasted to death in a hot car once a week or so.

If you need this seat, you need a radical reexamination of how you’re living your life day to day. You’re doing it wrong.The act of leaving your child in the car should not be normalized at any level. It should not become just another one of those pesky little things we all have to deal with, sigh, you know how it is, whew, what say we get a bite?

I would support making it a felony to leave the very youngest children in the car alone for more than, say, 60 seconds. I’d support lifelong incarceration as a possible sentence for killing a child this way.

It’s not a package of steaks. It’s a person you chose to make exist, and one who is completely dependent on you. If there is an ongoing and legitimate threat of you forgetting this person in the car, then you may need more help than this seat can provide.

Amazon.com’s much-maligned Fire Phone is typically priced just south of $200 today. That’s an unlocked device with a year of Amazon Prime, so if you’re already a Prime member with no plans to leave the program, then you can even call it $99 cheaper than that.

I bought one about three months ago. I thought I might offer it to Lea if she didn’t warm to her new phone. But even if I wound up “stuck” with it, surely I could get $100 worth of value from it somehow, yes? I also thought I’d make it a daily carry for a few days at some point and get a blog post out of it, but I never got around to it until this week. 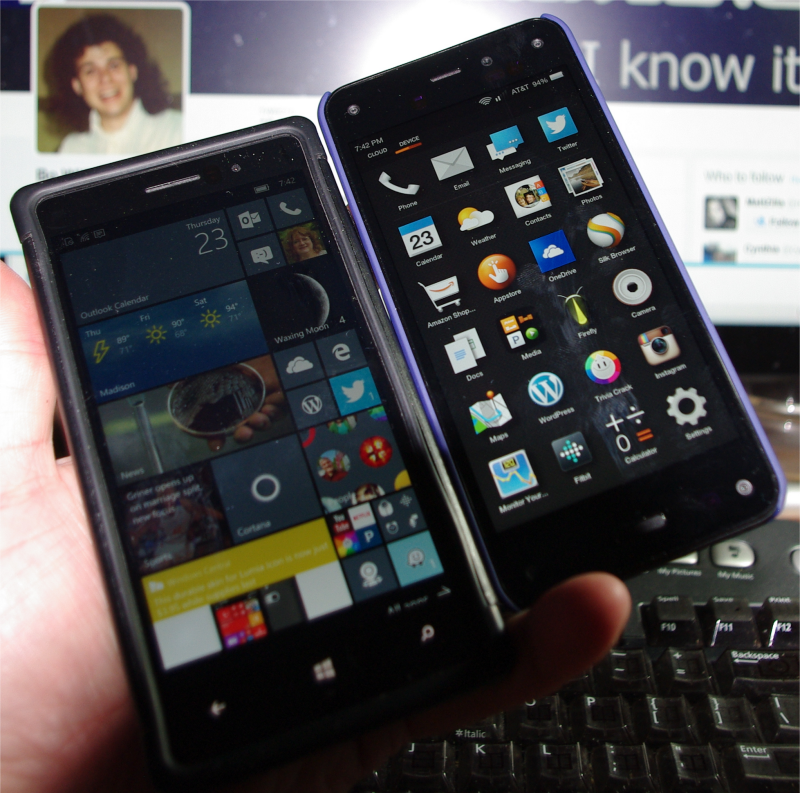 I’ve been running a preview version of Windows 10 Mobile on my Lumia 830. I like it. Nearly all of the significant design changes are unambiguous improvements. But functionally, it’s just rough enough around the edges to annoy me. The Twitter app crashes when I attach a photo. Cortana reads my texts to me in the car, but she can’t hear me when I reply. Swiping down to get to the Action Center works only about three-quarters of the time. You know?

And, despite multiple assurances that I could go back to Windows Phone 8.1, I don’t seem to have the option to do so when I follow the directions. So while I’m waiting for another Windows 10 Mobile build, I’ve moved into the Fire Phone full-time. Here are my impressions.

At $100 or thereabouts (with the year of Amazon Prime) unlocked, it’s hard for me to call the Fire Phone anything but a slam-dunk. It has its quirks, and if you’re not a big Amazon.com customer you may find its ubiquity on the phone distracting. But it’s a full-featured, high-quality smartphone for a C-note. I’d definitely recommend it for a pick-up-and-go answer.

Not that I’ll switch. I’ve invested heavily in the Windows ecosystem. I miss my live tiles. I miss Cortana. But during this hiatus, I’m delighted the Fire Phone is pleasant to use.