The boys played their last games of the 2009-2010 Upward basketball season yesterday.  Nathan’s season-end party was this afternoon.  We don’t keep score, but if we did, the Rattlers would have won all of their games this season except yesterday’s.

This is Nathan’s third year to play for Scott (“Coach T”), and he does a wonderful job teaching the boys basketball, as well as sharing Christ with them.  We’re blessed to have him in Nathan’s life. 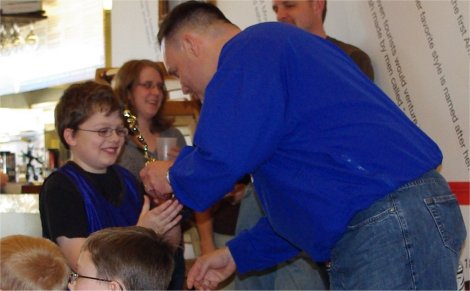 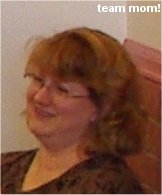 Our team mom helped out with snack schedules, trophies, and such, and did a great job.  (Plus, she’s smokin’ hot.  I’m so totally going to have a steamy affair with her.)

We really enjoyed our early dinner at Tommy’s Pizza.  Tommy and Christy are experienced restaurateurs and genuine New Yorkers, and that means they make genuine New York-style pizza—huge, floppy slices on hand-tossed crust, with just a bit of sauce.  It was delicious, and we got hooked hard.  They were kindly obstinate and wouldn’t let us pay (thanks much, guys!), but I’ll be going back for a slice for lunch from time to time.

Here is Nathan getting a lesson from Tommy with the practice dough: 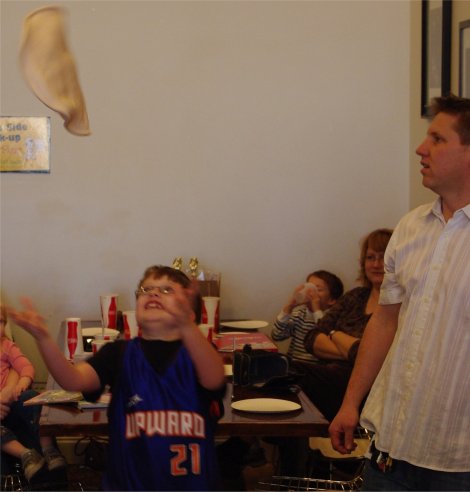 It was a great season.  My biggest complaint was the Boise State colors for the uniforms, which is a minor one indeed.  Aaron’s season-end party and the ceremony at church are still to come, and then it’s on to spring soccer.

General Motors announced this week that its negotiations to sell the Hummer brand to a Chinese company have fallen through, and barring a Saab-Stryker-type save, it seems highly likely the brand will die.  (Cue exaggerated rejoicing from the usual quarters.) 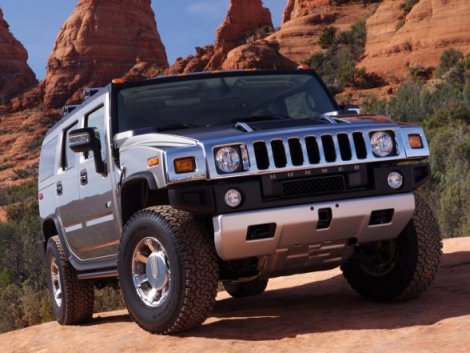 Yeah, yeah, rape the planet and all that, but the bottom line is that Hummers always got a double dose of hatred because they are/were very expensive.  The H2 started north of $60,000.  The H1, the civilian version of the HMMWV, was well into six figures.  Consequently, neither car ever sold in any significant volume, so it’s tough to argue either one was a huge hit on the earth, but never mind.  Only rich people could afford them, and nothing like stoking a little wealth envy, eh?

Though I didn’t resent them, GM never built a Hummer I wanted.  I have little specific passion about Hummer’s demise.  However, I do note that it’s consumer choice diminished a bit further, which is entirely consistent with the umbrella narrative many of its detractors desire.

My thoughts and prayers are with the friends and family of Dawn Brancheau, the trainer who was killed by one of her charges at Sea World in Orlando yesterday.

I saw more than one person on Twitter either say or retweet something like “what part of ‘killer whale’ don’t you understand?  Duh!”  Well, that is a poor response to a complex situation.

We’re talking about what is essentially the largest member of the dolphin family, and even though it is the prevailing term, “killer whale” is a really bad name for it. 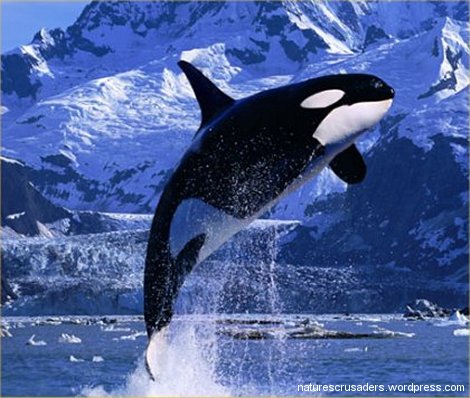 In the wild, the animal is no more a threat to people than any other cetacean.  Do you worry about dolphins and sperm whales coming to get you?  I’ve preferred and used the term orca for a long time.  People still know what I mean, and I’m not perpetuating a myth.

That is not to say that orcas haven’t occasionally attacked and killed people before, but it invariably happens in captivity.  Why is that?

Well, it’s highly likely that orcas have considerable intellect.  It’s pretty clear that their play is complex.  Their communication may rise to the level of language, and there is even evidence for reasoning skills.  Moreover, they form tight and stable family units.  I suppose that could be argued away as instinct, but I could as easily argue for a basis for real emotion.

Now I’m not much on a lot of the “animal rights” prattle.  I believe the human race has many legitimate uses for many different animals, and I don’t give them a second thought.  But does that extend to an orca (literally) jumping through hoops?

I’m terribly hazy on that.

I don’t find it far-fetched to consider that a captive orca could be aware of his situation to a much larger degree than nearly any other animal would be.  What if he can remember what it is to swim freely, and realize day after day that he’s still denied it?  What if he can remember friends and family, and contemplate the futility of hoping he’ll see them again?

Couldn’t it be an intelligent creature who accommodates confinement as best it can (and mathematically, that must be pretty well), but is still capable of “snapping”?  This article quotes a marine biologist who says it may well be the end result of chronic neurosis, and honestly, I find that a persuasive notion.

I don’t know for sure.  You don’t either.  But I’m confident such is a lot closer to the truth than “duh, it’s a killer whale.”

It’s been a while since I have, but I’m pretty weary of blogging about Obamacare.  Hopefully there will soon be little further need.

Our esteemed president, despite the opposition of a substantial majority of American citizens, is bringing essentially the failed Senate plan to Thursday’s “health care summit.”  Moreover, there are rumblings that he and Harry Reid are willing to use the budget reconciliation process to get it through the Senate, thereby requiring only a simple majority and not a filibuster-proof majority of 60, which was lost when Republican Scott Brown won Kennedy’s old Senate seat.

(Still feels weird to type that, but there it is.) 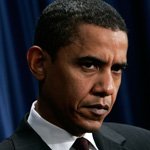 None of this should be surprising.  It’s a gigantic “fuck you” to the American people, and surely it is now obvious to even the most casual observer that Barack Obama is a “fuck you” kind of guy.

(No, I have that wrong.  It’s that you don’t appreciate what he’s trying to do for you, you stupid son-of-a-bitch.)

The president’s “summit” is not a good faith effort to negotiate.  This should be clear not only from the aforementioned lack of real change in the proposal, but in the steady stream of lies issuing from places like the White House web site and Robert Gibbs’ cakehole (“Republicans have no alternative plans” being the most blatantly dishonest claim).

Instead, it’s a trap, but a simply laid one, and rather late in the game, assuming the 2010 elections are as significantly negative for the Democrats as anticipated.  Let’s have a good and principled showing, and here’s hoping enough senators’ self-interests prevail and turn this affront to liberty and responsibility back one more time.