This is my new niece!  My sister Jenny and her husband Russ welcomed her this morning.  She was 20″, and weighed 8 lbs., 5 oz.  Both Mom and baby are doing fine. 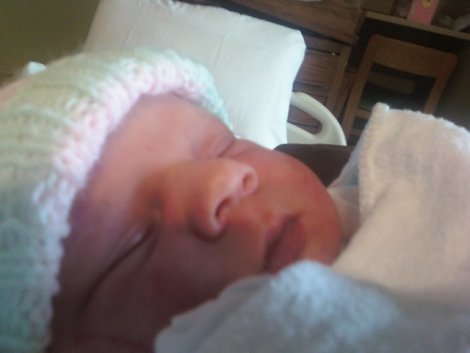 Our church had a Parents’ Night Out on Saturday.  The youth group watches your children for up to three hours, and you donate to their summer trip fund in return.  We participated, and went to Surin, where I had one of the best meals of my life with the spectacularest woman in the world.  It was a lot of fun.

So when we dropped the boys off, they dashed into the crowd of kids and started playing.  We turned to leave, and I said “Boys.  Boys!”  They looked.  “Y’all behave yourselves.”  Then our youth director cut her eyes at me and sarcastically replied “oh yeah, Bo, they’re such troublemakers.”

We’re so blessed that she would make such a joke.  Hey, they’re good boys.  Nathan’s having to wrestle with issues of procrastination/play-now-pay-later right now, but we’re on it, and I think he’s getting it.  I hope we can click that over for him.  It’s a minor but still present problem for his dad, and I’d love it if we could help him purge it completely.

But generally?  Yeah, it’s really hard to complain.  Such is more nurture than nature, of course.  Heh.

I’ve been horribly remiss, and you’ve probably seen it by now, but just in case you haven’t, here is the ever-comical Vice President of the United States, Joe Biden, offering poignant commentary for posterity on the health care “reform.”

(We’ll skip the speculation on the sustained excoriation a Republican in such a position would receive.  But remember, media bias is a crazy myth, boys and girls.)

It is indeed a big fucking deal, Mr. Biden.  “With a dick big enough for an elephant to feel it,” as Tom Cruise’s Mitch McDeere so poetically put it in The Firm.

So Theodore Roosevelt had the Square Deal, FDR had the New Deal, and “mmm, mmm, mmm” Barack Hussein Obama has the Big Fucking Deal.

As a key professor of mine put it on Twitter:  “Hey Joe, I dropped the F bomb too about health care reform.  I meant it different.” 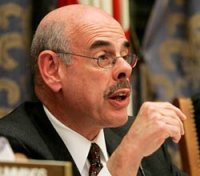 Well, that’s a problem for the Obama regime, isn’t it?  Such consequences are clearly inconsistent with the desired narrative, which is that Obamacare will bring down costs.  So, in response, Henry Waxman and his merry band of House Democrats are hauling these companies in for hearings next month.  No, I’m not making that up.  These insolent corporations dare to suggest that The One’s “reform” is going to cost them a lot of money, so let’s get them in here and singing the correct tune.  More at this excellent Wall Street Journal piece, from which the above numbers also came.

I’ve been despondent this week, for obvious reasons.  This really is a shot of hope, though.  This bunch of jackass Democrat thugs, still bloated and belching from their feast upon our liberties and futures, has invited a large group of actual businesspeople (who understand how wealth is created, or in this case destroyed) to lecture them under oath on public record on exactly why and specifically how their precious god-king’s signature accomplishment will destroy the economy.

When these poor slobs in Congress see genuine accounting figures from real live executives instead of their tortured numerical fantasies, will their brains aspolde?

Its proponents tried to design the Obamacare power grab in such a way that its large effects wouldn’t be felt for several years, the implied gamble being that momentum would steal any sustained traction from a repeal movement.  Their failure to consider that publicly held companies plan ahead, and out loud, is a significant political blunder.  Their hasty call for hearings is another one.  Keep it up, Democrats.

Republicans, play this wisely.  Every advantage must be maximized.

I’m in a major old-school metal mood tonight.  Enjoy one of my favorite Saxon cuts.