Thank you for reading BoWilliams.com, folks. I’ll see you next year.

I stayed in Oxford last night. I find my way back here once a year or so, and every so often I spend the night and plan to see folks over a couple of days. This is one of the every so oftens. It is a favorite thing for me to do with a little time between Christmas and New Year’s, and I’m grateful to Lea for turning me loose for it.

I got to see my fourth grade English teacher yesterday at lunch. This was the first time since 2005. 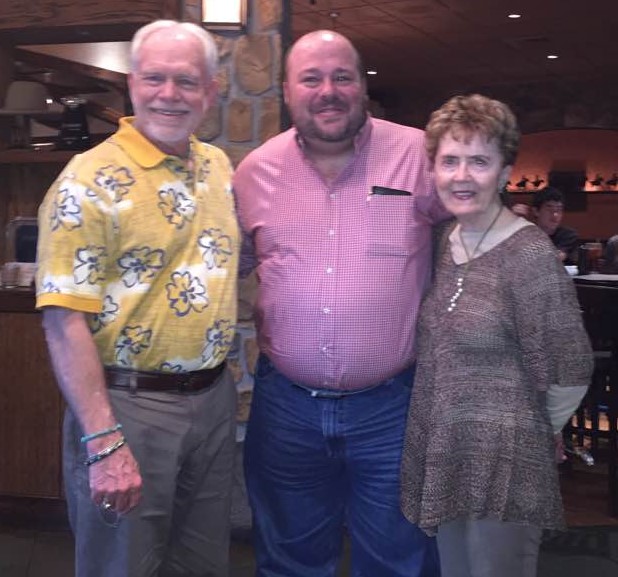 Mrs. Thagard was the first person to show me art in the English language, and so she has something significant to do with who I am today. I consider it a rich and rare blessing to have a meaningful relationship with her as an adult, nearly four decades after she first touched me.

Last night I had a leisurely, laughter-filled dinner with some favorite Oxford classmates. I’ll have Thai for lunch today with another, and I’ll finish this year’s junket off with my Donoho/Grace friend Margaret over dinner.

(And then go home and still not have to be at work for five days!)

Merry Christmas, my lovely readers. God be with you this season and throughout 2017. 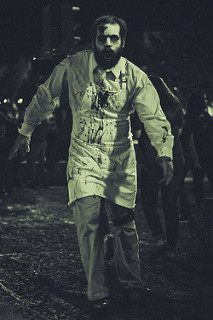 Y’all better hope I’m not prophetic. I’ve dreamt of the zombie apocalypse just about every night for a week or so now.

There’s not ever much plot. I don’t ever get any information on how it got to be this way, and the setting is usually unfamiliar. It’s just typical zombie tropes. This morning about 3 I dreamed that my companions and I were in an old warehouse on top of a small hill. It was mid-afternoon or so, and we were fortifying it as best we could for the inevitable attacks at nightfall. We had already had to kill one guy who was posing rather convincingly as a fellow survivor, until he got in and started running around looking for a place to hide until the sun went down. (Apparently in this universe, at least some of the zombies turn back superficially normal-looking in the daytime.)

Oh, and there were computer reports of some sort too. There was always a bookish woman typing on a laptop, presumably communicating with someone else. She did this even in the middle of attacks, so it must have been very important.

So what actually prompted me to write about it this morning was the interesting turn things took this time. This one guy with a big beard and a plaid shirt and I are trying to keep this monster from coming through a piece of sheet metal we’ve wedged in a door frame, and I became aware that I was dreaming. I stopped shooting. The guy looked at me and said “what the hell are you doing?” I said something close to “well, none of this is real. I’m dreaming. And it’s all very stressful, so I’m opting out now.”

And Paul Bunyan starts in on me like I’m defecting: “I can’t believe you’d quit on us, you rotten son of a bitch!” and so forth. I started laughing, he moved to shoot me, and then I woke up.

So generally I don’t take an active role like I did last night. Maybe it’ll be the end of those dreams. I would say the quality of my sleep has been consistently questionable for a couple of years now, and meeting swarms of flesh-eating undead every night can’t possibly be helpful.

About an hour ago from Bo Williams's Twitter via BoWilliams.com