We played our last Upward game this afternoon, and yes, it was Crazy Hair Day again. 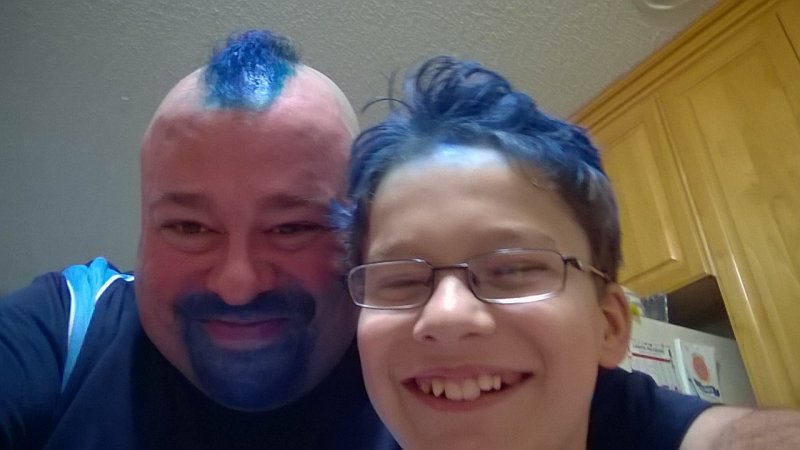 Hey, what’s tougher-looking than a mohawk with a bald spot?

Can’t say enough about how important this ministry is to me, and how it blesses me many times over the amount of commitment it requires. I wish my assistant coach had been here for the photo too, but he had an out-of-town Scholar’s Bowl tournament.

This is my third mohawk. I need a new do for next season. 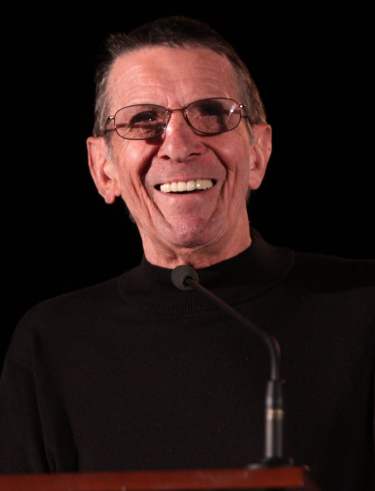 Leonard Nimoy died at his home today after a long illness. He was 83.

Many actors who become as closely identified with a character as Nimoy was Spock feel imprisoned by it. And I think he did, for some portion of his life. But I also think he came to realize how important Spock was to people at an uncommonly deep level, and ultimately embraced him, perhaps aided by the self-assurance and wisdom that comes with age.

Want to know something crazy? My first exposure to Leonard Nimoy wasn’t even on Star Trek. He hosted a show that my dad liked called In Search Of… I liked sitting in the recliner with him and watching it.

Could he pull off acting in and directing Star Trek IV, and make it funny, but also make it a Star Trek movie? He could. (“Are you sure it isn’t time for a colorful metaphor?”) Did you remember that he directed 3 Men and a Baby? He did.

Nimoy is remembered by us all as a talented actor, director, photographer, author, and scholar. Those who knew him personally remember those things, but also that he was a genuinely decent man and a good friend. Thank you, sir. RIP.

(Updated to include Leonard Nimoy’s final tweet.) One wonders whether he realized how close he was. I think he might have.

A life is like a garden. Perfect moments can be had, but not preserved, except in memory. LLAP 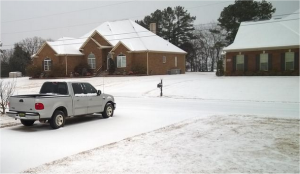 Last Friday at its peak. Tomorrow should be considerably more impressive.

Saintseester and I have long laughed at The Weather Channel’s ridiculous practice of naming winter storms, because a) the names aren’t necessary; and b) absolutely no one uses them. ‘Seester had the awesome idea of naming them after breakfast cereals. So, we’re expecting Winter Storm Cheerios tomorrow.

You see kids, hurricanes need names because they are renegades. No one’s quite sure what they’re going to do, and there might be more than one at a time. Winter storms are just the normal weather pattern. They’re lines of thunderstorms, but cold. Are we going to name thunderstorms next? (Maybe I shouldn’t say that too loudly…)

So, tonight is the first night this winter that we’ve really been able to enjoy the threat of inclement weather properly. School and work are already closed, so we can go to bed without setting an alarm, look forward to sit-down breakfast, and so forth. Aaron’s excited about breaking out the chessboard after the pancake dishes are in the dishwasher.

Sounds good to me, big man.

Did I miss anything?