I’m not going to be happy with anyone who wins the presidency in November.  Not one of them will defend the Constitution.

I’ve said that from time to time, I know.  I’ve also said (a bunch) that purely from a theatrical perspective, this is the most exciting race of my lifetime.  So far, it hasn’t disappointed. 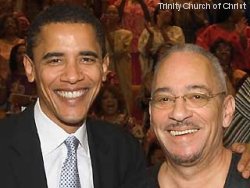 Hey, let’s rev Jeremiah Wright up some more, want to?  Woohoo!  Let’s hear some more about the feddle gummint cooking up AIDS to kill the black man, and cockamamie racial brain theories, and “God damn America,” and all that good stuff.  You can’t make it up this good, boys and girls!

Barack Obama initially tried to deflect all of this by comparing Wright to an erratic relative.  That’s something to which most of us can relate, I think.  We’ve shared Thanksgiving with someone for whom the best response is polite nodding and smiling.

‘Cept see, your batshit crazy uncle eventually gets up from the table, shuffles off to the living room, and goes to sleep.

Anyone want to lay odds on whether Jeremiah Wright’s going to sleep anytime soon?  Yeah, right.  He has the opportunity of a lifetime.  He is, today, a major part of the dialogue.  What preacher, however wrongheaded, will pass that up?

Folks, don’t underestimate the gravity of what’s happening:  Obama is badly wounded.  As a student of communication, I’m really interested in his next move, because from here he looks really stuck.  He can’t go scorched earth, because he’s based too much of his campaign on what he says Wright has meant to him.  (A Wright sermon named his book, fercryinoutloud.)  But clearly, he can’t tread too lightly.  The guy’s a babbling lunatic.

Obama might just bleed out.  Could anyone have guessed that two months ago?

I love jokes.  May I never live a single day without laughter.  Further, I love jokes that piss people off.  Frankly, most of ’em need pissin’ off, in my view.  But as ridiculous as I frequently find our hypersensitive, neo-Victorian society, I believe some things are deeply unfunny.  Violence against women is one of those things.

Of course, some might say I’m picking at a string here.  I am enjoying a game that rewards sustained felonious activity, after all.  However, based on my previous experience with Grand Theft Auto games, beating up prostitutes is one of the sideline, “sandbox” activities—like running over pedestrians on the sidewalk—in which you can choose to engage or not.  It’s “leisure”; it doesn’t advance the plot.

And I don’t run around beating up hookers when I play the game.  (Not to say I’m not an occasional john.  Vicarious living, dontcha know.)

Perhaps that’s a wan defense, but I can live with it.  After all, I love a good mob movie—which is, I dare say, a relatively socially acceptable cultural construct—and this is nothing so much as an interactive one.

In any case, I apologize.

Headed to the initial planning meeting for my 20-year high school reunion tonight.  Hard to believe it’s been that long.  We were so young.  Our dreams were as large as the sky.  As my classmate and friend Paul said in his senior quote:  “As I stand on the shore of life, a hurricane of opportunity calls my name.”  Blah, blah, blah.  The more things change, all that shit.

Well, except I’m fatter and balder.  But I also make a hell of a lot more money.

No, I’m really looking forward to it.  I even picked the same restaurant we used for the first meeting planning the 10-year.  I anticipate a fine and productive time.

Yeah, so after the meeting, I’m going to beat up some hookers and deal some blow.  Loves me some Grand Theft Auto.  (I played III and Vice City; I actually skipped/missed San Andreas altogether.)  On the first Xbox 360 title in the series seems like an ideal time to jump back in (and it sounds like a top-notch effort).

Some state—Louisiana, maybe?  can’t be bothered to hunt the details—is looking at capital punishment as a possible sentence for some crimes other than murder.  I believe some forms of child molestation were under consideration.

I’m a supporter of the death penalty, though a cautious and qualified one.  It’s a gray issue for me, and sometimes I wonder whether that grayness is itself a sufficient condition for withdrawal of my support.  And now we’re considering it for crimes other than murder?  Heinous crimes, to be sure, but…?  You know? 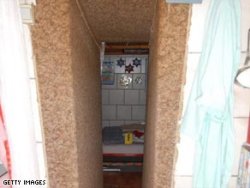 Then I read about something like this.  The Cliffs Notes (so far) are that a man kept his daughter imprisoned in a soundproof subterranean cell for 24 years, raping her repeatedly and producing seven children with her.  Three of them, who are 19, 18, and 5 years old, had never been outside the cell.  They had never seen daylight.

The woman is described by police as “very disturbed.”  Sheezus fuck, do you think?

This is also the kind of thing I think of when I hear some hypersensitive and chronically guilt-ridden idiot babbling about evil not existing; there are just different points of view (or similar).  Bleh.

Evil exists.  This is a manifestation.

I’m pleased to report that today’s trip to the Nashville Zoo at Grassmere was highly successful (the story of our previous attempt is here).  We spent four and a half hours there, and everyone had a wonderful time.  This was our second visit overall, but probably our first that Aaron will remember.

The way the weather forecast read, our zoo visit was to occur in a window of fair weather between two systems of rain.  That’s exactly how it played out.  It rained intermittently all the way up, but it was gone by the time we got there (about 20 minutes after the gates opened).  It was upper 60s and overcast, then lower 70s and sunny, for our visit.  Couldn’t ask for better.

It’s a fine facility.  The animals all seem to be in excellent condition, and the paths are spacious and well-maintained.  The zoo employees are personable and knowledgeable.  It’s tough to pick any nits at all, really.

I took a little more than 300 photos.  About half of them are any good, and about a quarter of those are great.  I’ll make the full-res versions available sometime soon, but here are a few blog-sized ones for now:

Have to get these moments while we can.  Won’t be long before they’re too cool for the carousel. 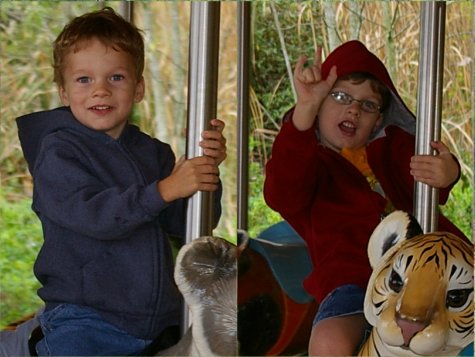 What the hell are you looking at? 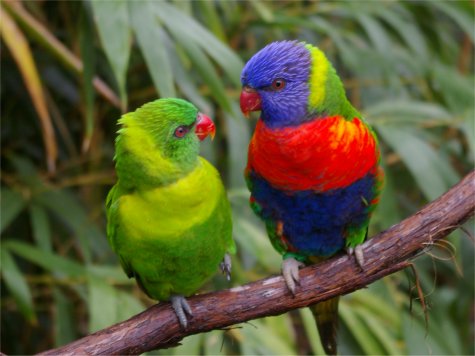 On the way to the watering hole. 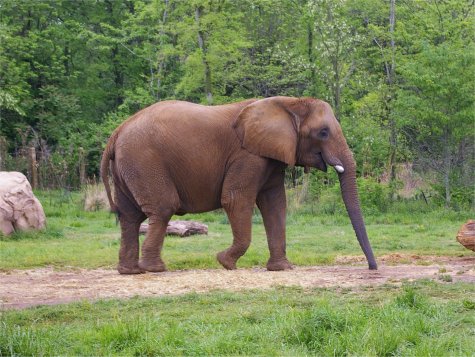 I must have two dozen outstanding giraffe photos.  I’d have been tickled twist-legged to score even one or two of these on a film camera.  That is my favorite thing about digital cameras:  attempts are free. 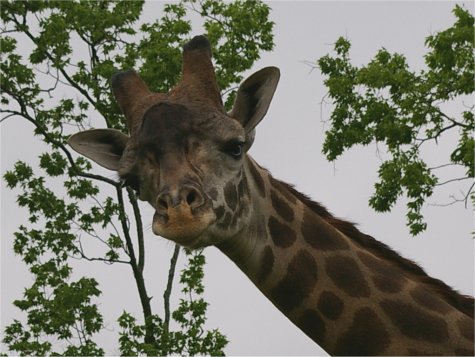 The red panda comes out to say hello. 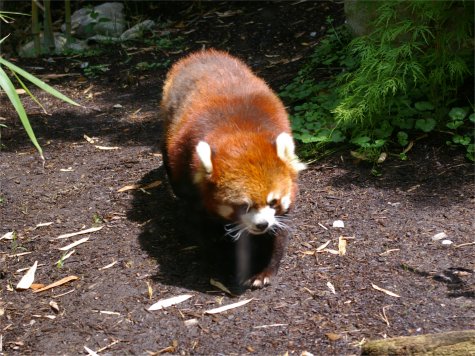